END_OF_DOCUMENT_TOKEN_TO_BE_REPLACED

Whether you love or hate them, low-cost airlines continue to expand around the world, making international travel accessible to more people than before. Although it is a rapidly-growing segment of the industry, it’s not problem free, which is why it’s so important to read reviews and ratings before booking.

But let us start with a bit of intro of how this all started. The low-cost concept emerged in the late ‘40s of the last century and the growth had been quite steady until the beginning of the new millennium, when the internet introduced more possibilities for the industry.

During this time, the low-cost concept was copied in Europe, based on the first American low-cost carrier model: Southwest. Nowadays, the cost of flying stands nearly 40% lower than before and low-cost carriers flourish all over the world. In some cases, they have become serious competitors and even outrank larger legacy carriers that once dominated commercial flights.

So, which low-cost airlines are really the best?

The awards were conducted in six languages by Skytrax, a UK-based company that provides an airport and airline evaluation and operated the rating through an online survey over nine months. So without further ado, we bring you here the annual ranking of the best low-cost airlines in the world.

This Kuala Lumpur-based company was named as the world’s best low-cost airline for an 11th year in a row! Consisting of 24 Airbus A330-300 aircraft in their fleet and 100 Airbus A330-900neo aircraft on order, Air Asia is planning a massive expansion in the coming years of its long-haul operations, backing it up with an efficient friendly staff and very reasonable prices.

As expected from a low carrier in 2020, Air Asia is making its best efforts to minimize operational costs so savings can be passed on to consumers. For instance, checking in your luggage online will give you a discount of roughly 70%, $19 instead of the $60 cost of checking it in at the airport.

With Brexit plans lurking around the corner and more 20,000 delayed flights in the first quarter of 2018 alone, the company surprisingly hit the second place on this ranking – though they might find it difficult to justify their place in 2020. The airline seems to inspire a steady stream of passenger complaints being rated by Which? (a UK based informed consumer choice company) as UK’s worst airline for delayed flights in 2017.

So, what makes them better than the others after all? With a fleet size of 331 aircrafts, they are still one of the biggest low carriers in Europe, serving 145 international destinations in 38 different countries. Their competitive prices and overall higher score against Rynair, their main competition for the same audience, plus the fact that EasyJet improved over the past year  gives them an entry to the “best of” list. Or maybe it’s just their size that matters? Either way it will be interesting to see if they manage to keep their ranking as high as it is now.

With 170 aircraft an an average fleet age of only 3.8 years, consisting of Boeing 737 aircraft and Boeing 787 Dreamliners, this airline has one of the youngest and fuel-efficient fleets in the world! No wonder that they make it high up on this ranking. They also offer cool perks such as free WIFI – even to economy passengers. But records aside, when it comes down to business Norwegian are dealing with some economic difficulties after a swift expansion, including purchases of top-of-the-line aircraft. It will be interesting to see how they are going to streamline their operations and reduce cost to keep their head above water, let’s just hope that it won’t harm their high-quality service and that we will still see them around.

Tada! This is the only American carrier to make the budget rankings. Coming in at number four, this Texas-based company was the forefather of what many consider as the first original low-cost model, starting with the first interstate flight connector between northern and southern California in 1949. One of the key accelerating factors to its fast growing is having a single aircraft type in across all their 742 strong fleet (with another 35 on order) which has minimised costs on both training and maintenance, together with an efficient turnaround. Being one of the first companies introducing this low fare model gave them the opportunity to become the largest operator of the Boeing 737 worldwide.

This is AirAsia’s long-haul subsidiary, operating flights within South East, East and South Asia. With a modest fleet of 24 aircraft and 3 on order, this Malaysian-based company made it to a pretty impressive rank by offering one of the most unique in-flight features. They provide Premium FlatBeds in their A330s aircrafts, which recline to become a full flatbed when required along with a private screen, an adjustable head and foot-rest, as well as a pillow and duvet just to make your flight as comfortable as it can be.

This Aussie-based company has top safety records and is named one of the safest low-cost carriers in the world. With 70 aircraft they aren’t considered a big airline company but are highly competitive on their domestic routes. They supply water free of charge and USB power sockets, allowing you to charge any type of supported device on all flights. In-flight entertainment is only on international flights on the 787 Boeing Dreamliners.

WestJet is the second largest airline in Canada, holding a 125-aircraft fleet that provides domestic flights to more than 100 destinations in Canada, the United States, Mexico, Central America, the Caribbean and Europe. One of the nice perks that comes along all WestJet’s economy class flights is free water, soft drinks, tea, coffee and fruit, as well as sweet or savoury treats, an extremely rare generosity in this landscape of cheap flights.

The only Indian based company that made it to the list. With 256 aircraft in their fleet makes them the biggest airline in India in fleet size and by passengers carried in 2019. It is also considered to be an extremely safe company to fly with, given seven out of seven stars in safety by the International Air Transport Association Operational Safety Audit (IOSA).

This carrier operates a fleet of over 450 Boeing 737-800 series, making them the biggest low-cost airline in Europe. But with their impressive size they also attract a large number of complaints. Largely, many of these complaints are due to very stingy company service. Thought going green is better than a printed boarding pass? make sure you´ll be charged for it when you’ll get to their check in counters. However, complaining about basic service when passengers get what they pay for seems a little unfair, as Ryanair stands for the true definition of budget airline.

Closing our list, we bring you the subsidiary low-cost carrier of the German giant Lufthansa. Leading European airlines in terms of passenger numbers and with 114 aircraft in their fleet, this Düsseldorf-based airline has received an average rating of 6.8/10 over the past year from frequent travellers. This is above the general average, but represents a drop for the airline over the past 12 months, so let’s wait and see if they will make it to this list in the upcoming year. 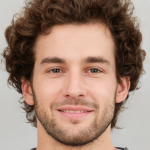